Zarautz: surf, skate…or get out of the damn way! 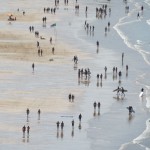 So, that’s what people do in Zarautz. The decision for this town was absolutely just trusting my feeling – I somehow liked the name of it. It’s just a funny sounding name, it could just as well be a town in Germany or Austria. The Basque language is quite funny in any case, I read some of the most interesting names. For example, a gas / service station on a highway is called “zerbitzugunea”, what a great sounding word. I’m sure Basque is just as complicated to learn as Croatian. 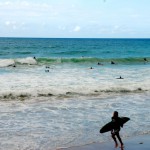 Anyhow – there’s certainly more to this city than surf ’n’ skate. But I was there to try it out and it sure is a great place to try both. Zarautz has a 2,5 km long and fairly straight beach with waves for surfers of all levels and a sandy beach to catch your fall from the board. The accompanying beach front, between 10 and 30 meters wide, offers a lot of even space to cruise on a skate or longboard. Perfect conditions to be creative and curious. However, the peak hours bring out a lot of people, both in the water and on the streets. I liked it to cruise around and take pics in the early morning on the beach front – hardly any people there. In the water, the early risers also have much more space than in the packed late mornings or late afternoons. 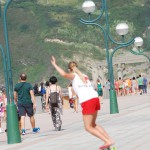 So then I finally tried surfing. A good friend of mine and excellent surfer advised me to try to find a good teacher and take a few one-on-one lessons. After talking to some people, our decision was to try a lesson or more in a small group at Pukas, one of the renowned local schools and shops. The staff at the school was very friendly and helpful and set us up in a group of four. Now, that lesson didn’t turn out as nice as I imagined for my first-ever surf lesson. We had a cute 17-year old girl in the group whose parents were sort of cheering on the beach. The teacher was goofing off quite a bit and playing the entertainer instead of paying attention to us total beginners. I talked to him the next and to the staff as well and decided for another course. They were actually totally cool about it, didn’t charge a cent, thanked for the feedback and politely invited us any time again. So – I’d say the teacher had a bit of a bad day and I’d still recommend the school.

We managed to organize something more individual, and in the end, more fun. In our campground, the guys from Stoke Travel had a camp. We kind of liked the guys and told them our story about our first lesson experience. They felt a bit sorry and offered us to have private lessons with them for a really fair price. We jumped in on the occasion and did not regret a single moment. However, there’s was a bit of a rough start as well. The first day we were supposed to have our first lesson but a big thunderstorm crossed our plans so we had to postpone until the next day. 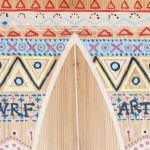 With new energy we headed to the beach the following day and actually started our lesson. Now this time the tide was so high (the guys from Stoke Travel have never seen it before so high in years) it reached the very end of the beach – so far that people had to secure their belongings on a fence or even further on the dune behind the beach. Well…that meant the waves were literally breaking onto the beach and after a few tries and deeply worried teacher faces we called it quits another time. So – I can proudly say I surfed my first wave on I guess what surfers call a beach break? I guess so.

On the next day, we were rewarded for the wait. This time we took the waves in the morning, the tide was low and the conditions perfect for us beginners. The guys gave us another rundown of the basics of security, paddling, trimming and popping up…and then we gave it a go! We really enjoyed it – thanks a lot to Paddy, Vella, Sam and Luke from Stoke!

If you want to surf, you need equipment as well. My theory was: rather than renting wetsuits and boards all the time (which is A: more expensive and B: more inconvenient), it’s better to actually buy a wetsuit and maybe a used board. We visited some of the surf shops down in the centre of Zarautz and ended up really liking Essus Surf Shop. I found a wetsuit for 99 € that fits me perfectly – compare that to renting a used, who-know-what-was-in-there wetsuit for at least 5-7 € per hour! They were also extremely friendly and really helpful with the sizes. We actually had to exchange a suit, which was absolutely no problem. Big recommend!

There’s certainly other things to do in Zarautz, but the focus was surf. I regret a bit that I didn’t discover the market where farmers sell their produce directly. I found it on a Sunday, and obviously it was closed and the next day we left. But I am quite sure it would have been quite nice to shop for good food there. Next time! 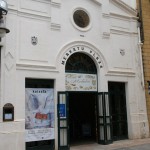 Merkatu where farmers sell their produce 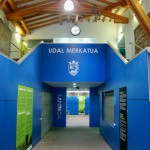 Entrance to the market 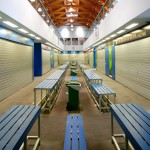 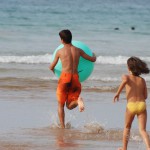 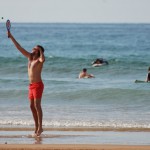 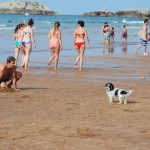 Mmmm…nah…not doing what you want 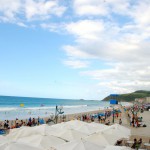 Packed beach front on a Sunday 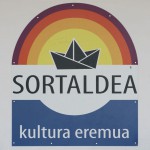