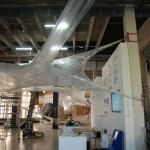 And an occasional curse, of course. That is the required vocabulary for the activity of taping, preferably in Croatian tongue. Not for recording a music tape. And not for stabilizing your foot or wrist either. I’m talking about a tape installation I helped to build together with my homies from Numen for the INSIDE exposition of the Palais de Tokyo in Paris. 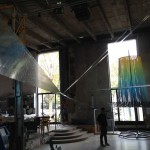 In essence: Numen builds large, homogeneous, walkable architectures out of regular sticky tape (check out Vogue’s video). They look like a combination of spider web strings, breathing cocoon tissue and semitransparent maze. Some, they’ve built using 5 cm wide tape only. The one in Paris is built with tape of 5 cm and 30 cm width, I speculate about 50 kilometers of tape were used. It spans the whole Palais de Tokyo entrance hall, making quite spectacular impression. Curious visitors can enter it on one side and, given they find the way, leave it on the far side of the hall. 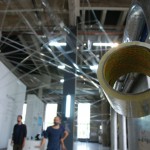 Building it was a ton of work, that much I can say. Eight full time people and four part-time student volunteers were working on it for almost ten straight days. My reward: a crash course in – great fun – riding hydraulic ramps, holding my balance while standing three to four meters high on a ladder and handling tape, perfecting the tape cutting process with a carpet knife so the tape is ready-to-use again not to mention free workouts focusing on abdominal, lateral and back muscles. Throw in the aforementioned Croatian cursing, the obligatory artist attitudes and disagreements and just the pure fun of having built the damn thing and out jump some very memorable Paris days. 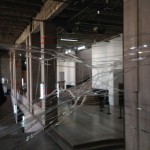 I imagine a giant tape installation for some science fiction movie or – maybe even better – for the stratosphere space of a James Bond villain. One of his arms might be out of extra strong, supernatural tape, making his arm both elastic and strong like an oak at the same time. Any dissidents would then be taped up like a mummy, Goldfinger style just that it’s platinum-spangled tape or something similar shiny. Yeah, right.

If you’re curious, go check it out, it’s really remarkable – the INSIDE exposition lasts until January 11, 2015. 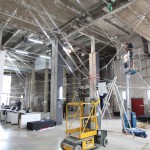 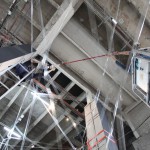 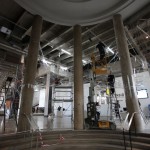 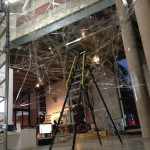 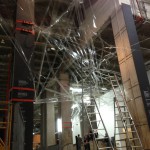 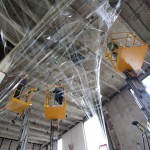 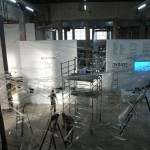 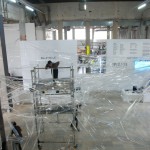 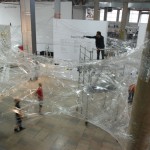 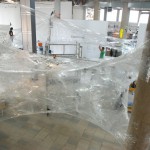 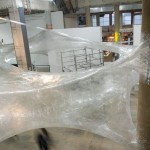 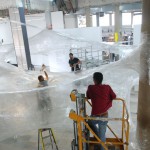 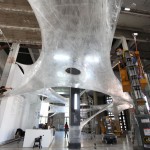 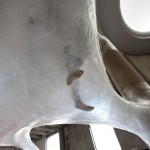 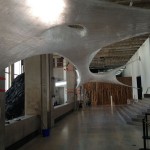 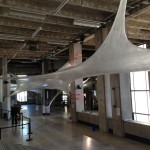 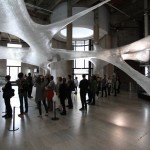 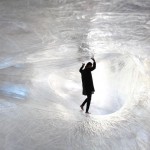 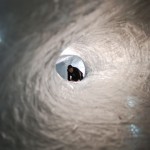 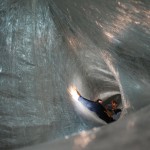 Riding and surfing through AquitaineThe fish flies in Tarifa