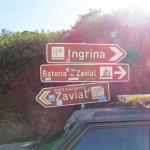 …surfin’ USA, yeah, but wait a sec, there’s Portugal! Especially its west coast is full of surf spots. We traveled along the west and south coast and and checked some surf spots. Peniche was already one of the best, but we didn’t catch any waves there. All spots described here are located south of Lisbon and the gallery shows the spots from north to south.

This was my 3rd favorite spot. Very long beach with a funky industrial and naval background scenery. The waves were excellent for me as a beginner and a surf teacher I talked to also recommended me this beach as one of the best for beginners. There is a rocky area, so make sure to talk to the locals to find out where in case you don’t see it because of the tides. Spending the night with a camper is officially not allowed, but in the low season, it seems the police doesn’t care.

There’s a restaurant, surf school and you can rent boards.

We didn’t surf here as the conditions were too heavy on the day we were there, only for pros. Plus, the beach was really crowded. It’s a very narrow beach alongside a little village where you can rent apartments. There’s a restaurant, a surf school and you can rent boards as well.

Welcome to poser beach! The day we were there, the conditions were too heavy, but some really good surfers were out and to watch them was really nice. There are two surf schools and restaurants. They seem divided into the relaxed and the hip. Out of curiosity, we had a coffee in the hipstamatic café and yes, there were lots of young people who surfed, wanted to surf or were just watching…and most of them had the approriate style on display.

This is a beach for the advanced or pros unless it’s a day of low waves, then it might be interesting for beginners as well.

This was my 2nd favorite location. It is a bit less popular and hence, less crowded. One morning, we saw two lonely surfers trying to catch some waves. Ok, the conditions were almost flat, but they had the beach to themselves!

We surfed there twice in the afternoon. The waves were a bit irregular but quite smooth. Again, watch out for the rocks as there are some and you may not see them. Ask the locals or the life guard.

We didn’t surf here but from Camping Ingrina we saw some good surfers catch waves. That day, they actually surfed some tubes! The beach is very narrow and it seems it’s suited for advanced surfers as the waves break at one of the rocks away from the beach. You can walk to this beach from Camping Ingrina but there’s no restaurant nor rental.

This was my favorite location. It had the nicest and smoothest waves and hardly any rocks. It was perfect for beginners! So smooth! It’s moderately crowded with surfers, depending on which surf schools chose the spot for their lesson. There’s a really good restaurant but no shop or rental. But if you want to rent a board, take lessons or even need a place to stay in the area of Raposeira or Villa do Bispo, I can highly recommend Good Feeling! 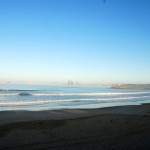 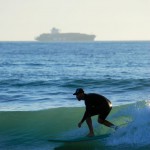 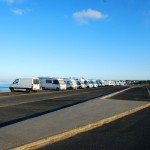 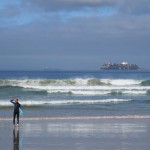 Checking the beach at São Torpes 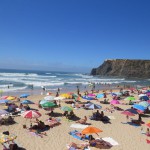 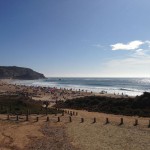 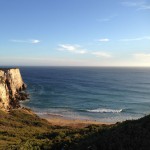 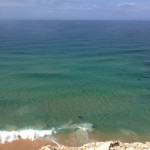 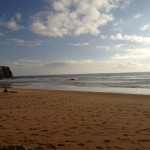 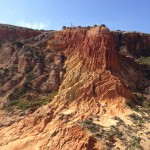 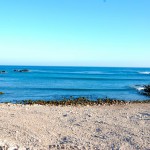 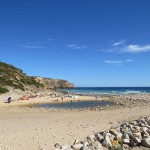 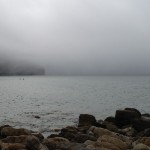 Zavial in the early morning

Camping Ingrina – a secret for the adventurous, the place to live for the veteransReview: Caravan parking “Area de Autocaravanas Sevilla”