Not a fountain, but walls of creativity in Lisboa 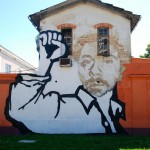 I like Lisboa. I think I could live there. I’d have to learn Portuguese, that should be possible. I’m better suited for Italian, but Portuguese should also work…a guy I met said that Croatians have a similar way of pronouncing words, so I kinda have a head start then! 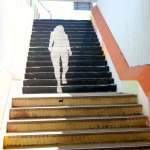 So back to Lisboa. To begin with: lots of creativity in the city. The first thing that struck me was the street art – and some is really phenomenal. I particularly liked the ones where the artist combined both colors and structure of the wall to create the whole image. Just amazing. 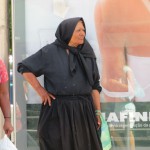 Of course, everybody wants to take a ride in the old trams. I have to say, it’s really fun…if you have a seat. Being a tall & lanky bastard I stood in the middle of a packed tram for one ride and saw nothin’ but the wood of the ceiling and caught a bit of a scene from the outside. I suggest trying to take a tram from an end station that’s not in the center – there (from Prazeres, in my case) I was able to get a seat and enjoy a very nice ride. The streets get very narrow but the tram manages to glide through them anyway. On one occasion something slightly heroic happened: the tram headed up a hill when suddenly a car came right into its direction. The lady behind the wheel was so afraid because she suddenly found herself in the situation having to back up about 30 meters on extremely narrow and slippery territory. But the tram driver came to the rescue: swiftly, he jumped out of the tram, into the lady’s car and reversed her car smoothly out of the way. Very elegant move – he earned a big applause by the tram crowd.

Lisboa is located at a river mouth (the Tejo) and from the center, I find the city connects nicely to the wide space at the water. There is lots of space, and people use it in various ways: relaxing, picnics, biking, running, jogging and fishing, of course. The “Ponte 25 de Abril”, the golden-gate-like bridge builds the background and catches your eye. I like. 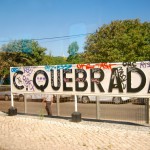 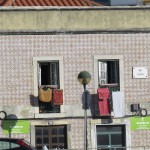 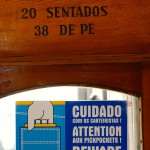 Signs in the tram 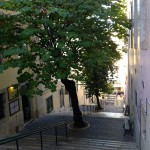 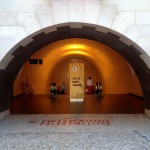 Entrance to the metro 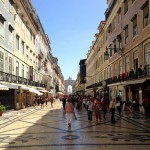 View down the pedestrian zone 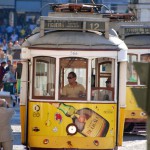 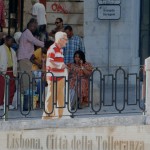 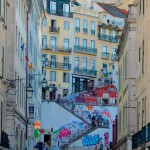 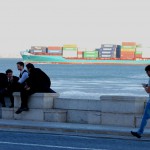 Scene at the Tejo 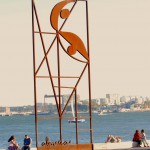 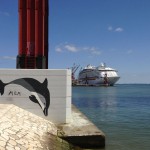 Who can swim better? 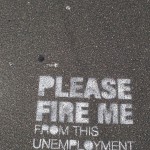 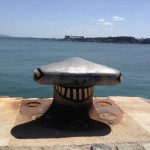 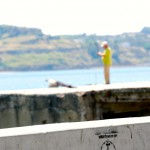 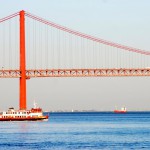 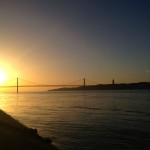 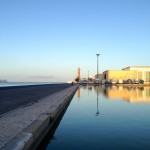 That’s how you can park your camper