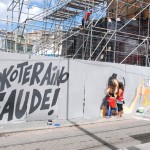 So. Bilbao is the largest city of Euskal Herria, The Basque Country. For those of you not so familiar with this European geographic specificity: The Basque Country is located in the Northeast of Spain and Southwest of France. It has its own extremely interesting language, Basque. The funny thing about this language is its complete independence of Latin roots – you can’t really compare it to any other language, it’s a whole separate story. And that all developed in this fairly small area between Spain and France, which I find very interesting. Here are some word bites of the Basque language: they say “itsasoa” for sea, “jatetxe” for restaurant and “erakusketak” for exposition. 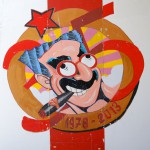 It seems the area has always been striving for independence. While visiting, people were preparing all kinds of things for the Semana Grande, a festivity with music, food, drinking, party etc. that lasts a whole week. A lot of the vending stations were painted in different themes but most of them had a touch of revolution and independence-seeking. 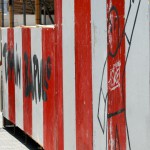 I heard Bilbao was once a fairly ugly seaport city with lots of nautic industry. Today – at least in the city core – it presents itself as a very clean and worthwhile visiting city. It’s not extremely nice, but also far from ugly. Somehwere in between. It earned some fame with the quite spectacular Guggenheim Museum, which everybody including their mother and grandmother photographs, you can check pictures on Google yourself. OK, I admit, I took a few, too, but ain’t gonna post them. I didn’t go in as they had works of Yoko Ono as the main exhibition, and it was quite full anyway, but certainly it’s worth a visit. But at least just as worthwhile is a visit of the Museo de Bellas Artes (which I enjoyed very much) and the Museum of Basque History, which I should have visited.

Should you be traveling with a camper, check out my review of Autocaravaning Kobetamendi. 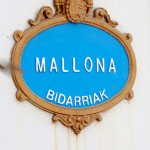 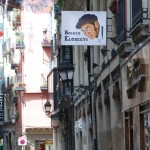 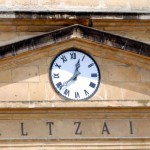 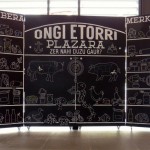 Classic board at the market 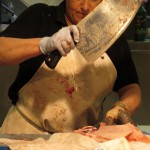 That’s how to handle the fish 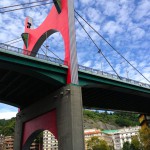 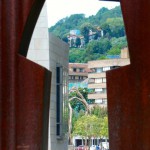 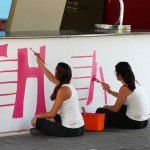 Girls preparing for the semana grande 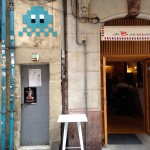 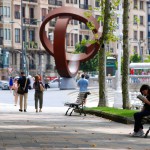 View down one of the boulevards 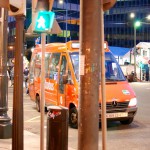 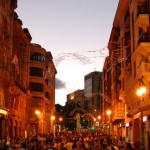 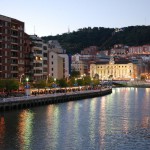 View down the Nervion 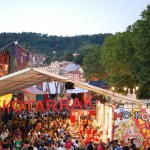 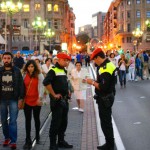 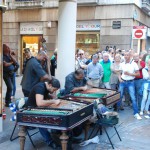 Incredible cembalo players on the street 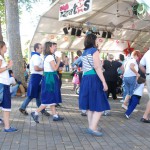 Traditional dress for the semana grande 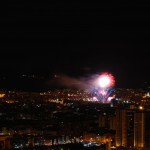 Fireworks of the semana grande